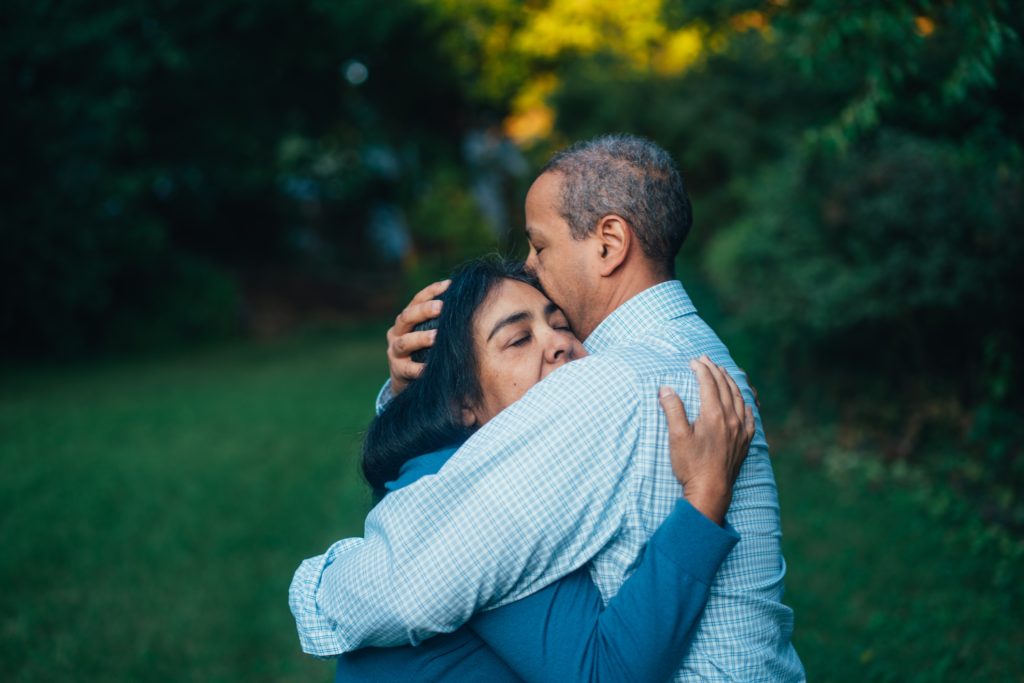 In light of Father’s Day, let’s celebrate Jesus Christ’s example of true manhood, and that He has called all men to love abundantly. LeAnn Dent, Lifeline’s Ministry Assistant, tells the story of two husbands who chose to love as Christ loves the church.

Listening to hundreds of cases of unexpected pregnancy, we have heard it all — stories of deadbeat dads, unfaithful boyfriends, fathers who refuse to work or pay child support, men who abandon, abusers, addicts, and the list goes on. It ceases to be shocking. It’s easy to hear of such disappointment, devastation and dysfunction and think: typical. It’s easy to observe these repeated accounts of men failing and assume in every case that we know how the story goes. Until we hear surprising, grace-filled stories like these:

As a woman in Lifeline’s post-abortion support group shared her experience, she related that she had her abortion decades earlier, just out of high school, and then married the father of her aborted baby. After years of abuse and dysfunction, their marriage finally ended in divorce. Years later, when she met and began dating a Christian man, she began to consider marriage again. She told of her apprehension in a very difficult conversation they shared regarding their past. Fearing that this Christian man would want nothing to do with her, but knowing she wanted to be completely honest, she recounted to him the story of her abortion. As she braced herself for his response, she heard him speak the words, “This doesn’t change anything about my love for you.” Shockingly, in the face of her own shame, she found a love like the Father’s. Certain that she deserved to be abandoned, she was instead received, wanted, and loved. And she is not the only one.

Another woman outlined the details surrounding her decision to have an abortion many, many years ago, and and went on to describe how she decided to hide the whole experience so deep within herself that her own parents, siblings and friends had no idea. She married years later, and never spoke a word of her abortion experience to her husband either. As life circled back around, she found herself facing all the emotions from so many years earlier. Convinced that her husband would feel so disappointed that he would leave her, she confessed the whole story to him. An echo of God’s own love, his immediate reaction stunned her, “I love you.”

There’s nothing typical about a response like that. These are the words and this is the grace that changes the story. And make no mistake, within the kingdom of God their story is our story. Just as Lifeline bears witness to much brokenness and heartache, we also testify to the courage and goodness of men who do not leave, do not abandon; men who remain, and whose love does not walk out.

For the sake of our story, we need good men. Through services like our DadLINE fatherhood mentorship program and our post-abortion support group, Lifeline is empowering men and women to rewrite their stories, one life and one choice at a time. When we fail to account for grace, we may think we know how the story goes, but “Behold, I am doing a new thing; now it springs forth, do you not perceive it? I will make a way in the wilderness and rivers in the desert.” Isaiah 43:19.

For more information about becoming a fatherhood mentor or about joining our post-abortion support group, email us at info@lifelinepregancyhelp.org