Marriage: The Other Good News 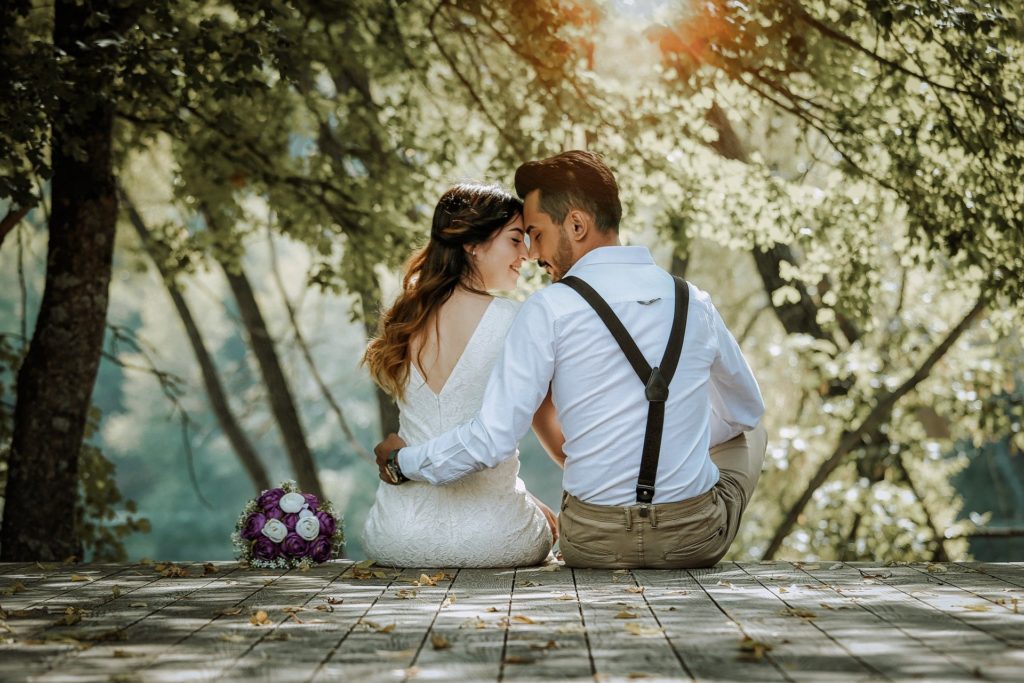 “Therefore a man shall leave his father and his mother and hold fast to his wife, and they shall become one flesh”, declares Genesis 2:24. God created marriage, and he intended it to be sacred, fulfilling, and unbreakable. Sadly, that was before sin entered the world and divorce became rampant. God’s intentions are still the same, but in today’s culture it seems that no one is immune to the risk of divorce, not even believers. After all, their marriages have the same dreary 50% chance of ending in divorce, right?

But is this really true? As a pro-family organization, Lifeline took on the mission to explore the current data to provide you with the facts you need.

After being unable to trace back the origin of the 50% divorce rate statistic for the newspaper column she was working on, Saunti Feldhahn decided to investigate the subject. Along with her assistant Tally Whitehead, they embarked on a journey that would last eight years, and would soon become a book, called “The Good News About Marriage: Debunking Discouraging Myths About Marriage and Divorce” (published in 2014). What they found is that the numbers we so often accept as truth are actually not real.

They first discovered that the divorce rate has never come close to 50%. Sure enough, it increased significantly in the 1970s after the introduction of no-fault divorce. Also true, the generation of the baby boomers did beat the previous record in terms of divorce rates. In the next decade though, the divorce rate started declining and hasn’t stopped going down since. Depending on the study, the number of “ever divorced” for all marriages (including first and subsequent marriages) is estimated to range from 23 to 37%. More precisely, a 2009 survey from the Census Bureau found that 72% of people were still married to their first spouse, and 65% of women to their second spouse.

This is already good news, and you might be sighing with relief as you are reading these lines. However, as a Christian, you might be wondering if your faith makes a difference at all when it comes to divorce. As a pastor, leader, or marriage counselor, you might feel disheartened after being told that divorce happens at the same rate in the church as it does in the culture at large.

But take heart, the good news is even bigger!

Going to church as a married couple does have a positive impact on marriage. In a 2012-2013 survey done by FamilyLife, the calculated rate of divorce in the church was only 22.4%. In addition, since this survey included baby boomers, the actual number is thought to be even lower.

The confusion about the divorce rate in the church came from a series of studies from the Barna Group. The first of these studies, published in 2001, revealed that believers had the same rate of divorce as non-believers. The problem is that they were researching “the divorce trends based on “faith-based beliefs”, not “faith-based practices”. In other words, they did not take church attendance into consideration. Later on, new tabulations of the same study drew a very different picture. Contrary to common rumors, church attendance does reduce the likelihood of divorce drastically, from 25 to 50%.

Frequent prayer and Bible reading also have been shown to strengthen marriages, making them less likely to break. In another FamilyLife study from 2013, “68 percent of highly connected couples agreed or strongly agreed that they pray together regularly”. In contrast, most disconnected couples admitted that they don’t pray together. This piece of knowledge reinforces Lifeline’s commitment to offering weekly Bible study sessions available to pregnant women and their families.

In general, married couples who actively try to put God first and at the center of their relationships enjoy the highest levels of marital happiness.

In light of this information, how should Christians approach the subject of marriage in the church? We may be tempted to focus on the negative, stressing the risk of divorce to newlyweds and preaching special sermons on marriage every month. But what if we would simply spread encouragement and the uplifting news that marriage is worth the effort, enjoyable, and can truly last a lifetime? Let’s be motivated by hope, not by fear!

In the meantime, don’t hesitate to share the good news about marriage to those around you. We are hard at work to debunk the 50% divorce rate myth with the thousands of students we speak with each year in Pure Freedom. You can also share about Lifeline’s pro-abundant life mission showing women and their families God’s design for marriage and family. Help us to ensure that everyone in need of help when it comes to unexpected pregnancy would know where to turn!