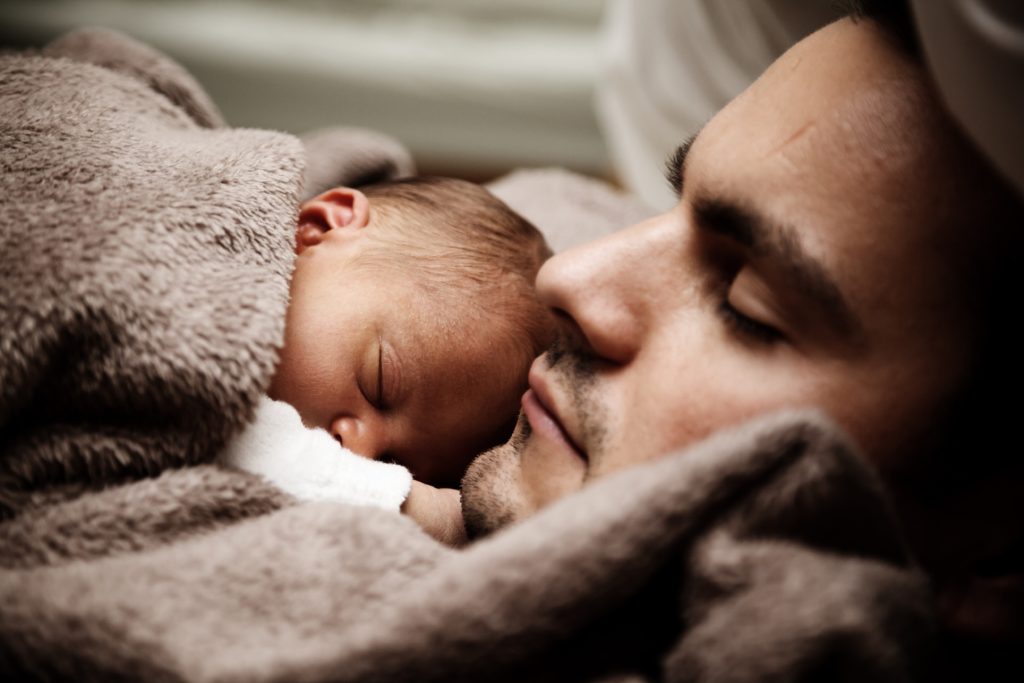 Proverbs 27:17 “Iron sharpens iron, and one man sharpens another.”

You can’t read the Bible and avoid the concept of fatherhood. Cover to cover, that book has fatherhood written all over the place. And how could it not be? One of the most frequent and powerful comparisons of the relationship between the LORD and His people is to that of a father and his children. He asks us to call Him “Abba, Father.” Fatherhood is essential to our understanding of Who He is.

Of course, satan has tried to warp this relationship.  He attempts to steer hearts toward skepticism of God and the idea of Him as a Father through hard personal experiences teaching them not to characterize the father as good, loving, or just, but rather quite the opposite. Evil taints every component of the family, fathers being a crucial target. The relationship between a father and child can either point both toward or away from the love of the Everlasting Father.

I asked mentor Greg Hunt about his experience with DadLINE, Lifeline’s fatherhood mentor program, and what he had to say reveals the heart behind the program:

“By showing the love of Jesus Christ, we are able to convey the absolute blessing of fatherhood. Everything that we cover allows the future young father a positive beginning or reconnection in fatherhood and all that it encompasses.”

Lifeline Pregnancy Help Clinic clings to the hope of Christ as He transforms the concept of fatherhood in our community. We know that if we are to truly promote life for the unborn, the born, and the mother, we also need to promote life for the father. This conviction led to the creation of DadLINE,which pairs up new or expectant dads with an experienced father for one-on-one counseling and instruction. Our battalion of DadLINE volunteers consists of men from our community who seek to love and serve their families as Christ loves the church. They give  their time every week to walk alongside a young man as he attempts to be truly present in the life of his child.

No matter where a new dad comes from and what his experiences have told him about the definition of manhood, every DadLINE meeting brings a new chance to learn the joys and disciplines of being a father. The program includes a twelve-week lesson plan, and starts with a conversation about the client’s family history. “This [conversation] in itself may take two to three sessions as sometimes this is a subject which bears more time until the client becomes comfortable,” says Hunt. “We are then able to move to what it means to be a man, and showing and handling feelings, and men’s health. These three [lessons] tend to run onto each other and sometimes can run longer, but again, the goal is to work at the capable pace or need of the future dad.” Other topics covered by the program include communication, discipline, father involvement in child development, working with the mother, and fatherhood at work.

When asked what excites him most about DadLINE, Hunt describes the process of a man deciding to be present for his family. “The most exciting thing for a mentor is to see the dad smile when he talks about his child, when he decides to fight for his family, when he talks about the future, when he decides to be that upright man and he knows he has lives that depend on him and he loves the thought of taking care of them, and that unconditional love that he will give because he realizes that his cup runs over.”

The delight of a father for his children seems to be contagious. “I am smiling now as I can think of several who are fine productive upright men in their community,” says Hunt. “I understand that we were but a step on their journey, but they chose to see it through and are the upright dads we knew they could be.”