“Being a dad is awesome” – Meet Bryan 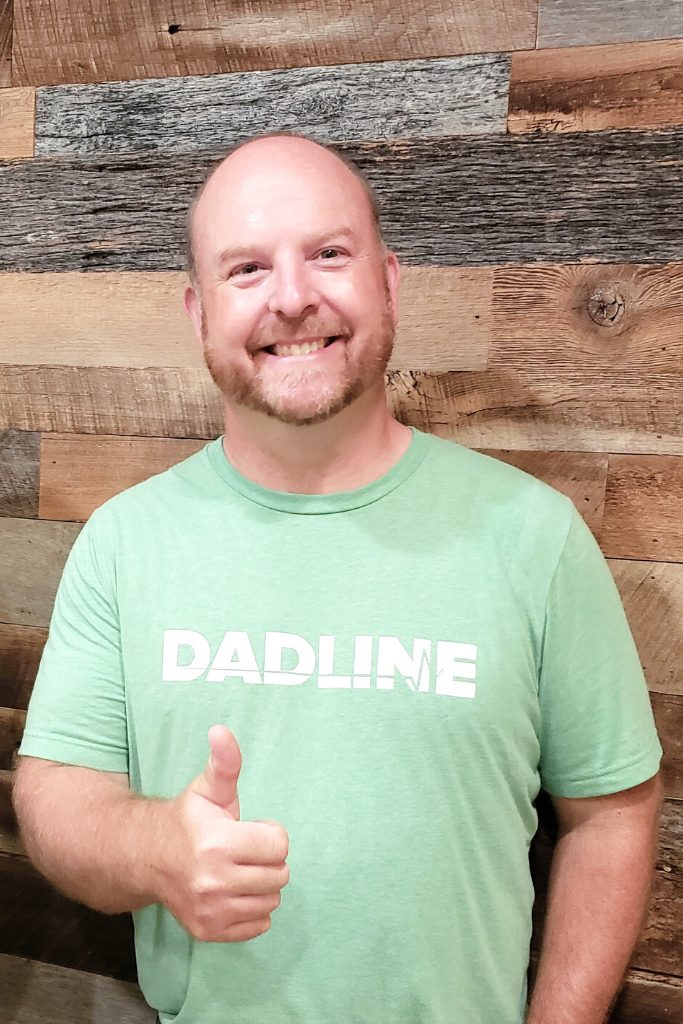 Meet and greet Bryan Kottwitz, our new DadLINE facilitator! Bryan grew up in Northern Missouri and studied Justice Systems at Truman State University in Kirksville. After obtaining his Bachelor’s Degree, he worked as a bakery manager at Hy-Vee and later transferred to four other store locations, including Trenton. While working there, he met the one who would become his wife, Cari. The married couple settled in Kirksville in 2005 and have lived in the area ever since. They will soon be celebrating their 16th anniversary!

According to Bryan, who is a dad to three boys, “being a dad is awesome”. When asked why he decided to work for DadLINE, he replied that he believes “great dads have a huge impact on the well-being of their families”. He can see how his own dad, though not perfect, acted as a valuable role model, living out what a Christian man should be like. “My dad passed away from cancer, which reinforced to me how important dads are to their children. His loss was the hardest event I have been through so far,” Bryan recalls.

Making the connection between earthly dads and our Heavenly Father, he realizes that “God loves us even more than our human parents can”. Through meeting with men and leading weekly classes. Bryan hopes to inspire them to want to be or continue to be great fathers to their children. “I want the men who go through our program to feel cared for and loved, as well as to know that we genuinely care about them and their families. In addition, I hope that seeds will be planted along the way.” Trusting in God’s calling for his mission, Matthew 5:14-16 motivates him to always do better and to let his light shine before others. “I like the work atmosphere at Lifeline and the way the staff uses their gifts and abilities to help others. They truly have hearts for helping and serving the Lord”, he adds.

When Bryan is not working, you can probably find him outdoors or hunting. “I love bow hunting in the fall. The first week of November is my favorite week of the whole year. The leaves are turning and falling from the trees and deer are very active that week”, he described. He also enjoys going to baseball games with his children. “Our oldest son is 13 and our youngest is 8. They all play baseball. It has been fun to watch them improve as the season went on,” he shares proudly. Last but not least, Bryan will never say no to a great cup of coffee.

Just like his father before him, Bryan wants to be a model to his children. His goal in life is to be a “good husband, father, brother and son, friend, as well as a great follower of Jesus”. As he ponders the meaning of Jesus’s sacrifice on the cross, he feels a deep sense of humility, “that He was willing to do that for me”. He acknowledges the importance of sharing the gospel with others, so they may also know God. “Such a gift was not meant to be kept to ourselves or put under a bowl. We are called to be the light and share the good news with the world.”

We are excited about this new addition to our team, and we hope that you enjoyed getting to know a little bit more about him!