I’m So Glad I’m Not Alone 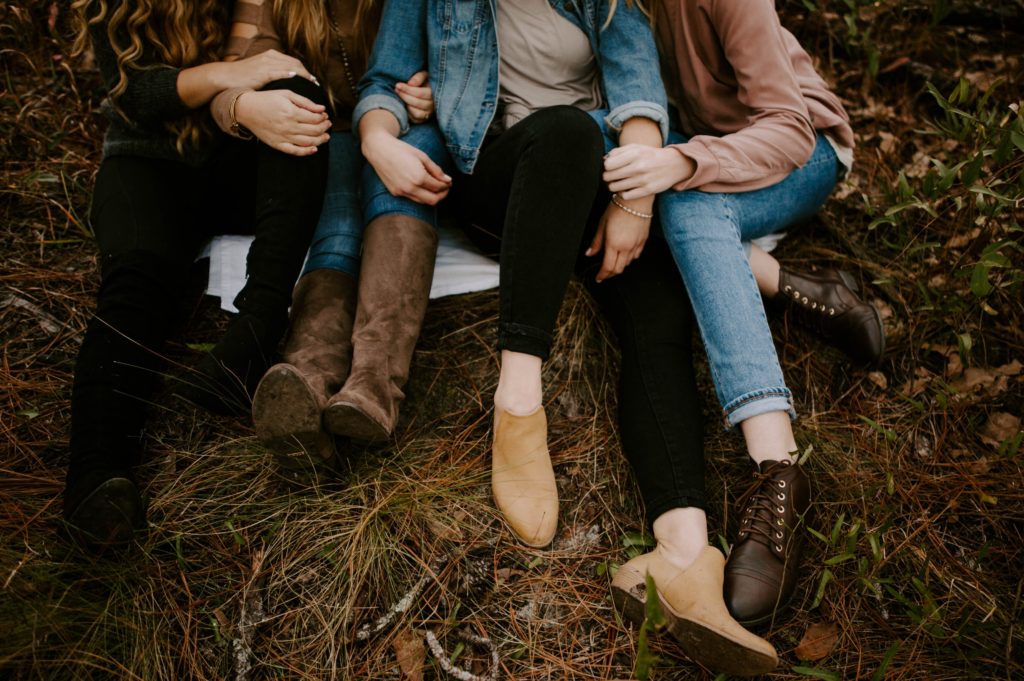 I began working at Lifeline ten years ago, and since that time we have continuously offered Post-Abortion support in the form of a Bible study. It has been a continuous offering, but only sporadic activity: on three separate occasions over the course of ten years we have served one individual woman at a time. What was intended and advertised as a support group had only ever manifested as one-on-one meetings with these three ladies, years separating the months-long sessions of weekly meetings with each. We had never hosted an actual Post-Abortion Support group… until the last week of February this year.

Nearly eight years ago a volunteer approached Lifeline with a heavy burden to provide support and healing to post-abortive individuals. At this time we offered this support group to any of our clients who had stated they had experienced abortion, and we also publicized it to all clients who may know anyone with an abortion experience. Familiar with the national statistic that one in every four women has an abortion, and we knew that statistic must be true here in Northeast Missouri too, so we were hopeful. And patient. The volunteer and I created a schedule with meeting dates that we made public to churches, individuals, event boards, etc. She and I met for the first meeting, and no one showed up. Not altogether shocked, we sat together and prayed for the group, for God’s timing, and ultimately for healing for those suffering from the pain of abortion. We continued to gather for each subsequent meeting. Each time we waited, and prayed. No one ever showed up. We met like this for over a year before taking a break to look into what else we might do to reach women affected by abortion.

About one year later a student reached out to Lifeline, inquiring about what services we might offer to someone like herself, to promote healing in cases of previous abortion. She and I met weekly for nine weeks as we progressed through the Forgiven & Set Free Bible study and processed her abortion experience from nearly two years prior. Then this valiant student eventually moved away from the Kirksville area..

A few more years passed before we heard from another woman with a past abortion experience interested in going through Bible study with Lifeline. This brave woman and I met weekly to discuss each chapter of the Forgiven & Set Free study in relation to her abortion from more than twenty years in her past.

Another year later, a woman reached out to Lifeline to offer that she would be happy to speak with any clients with abortion intentions or experience as she had processed and dealt with her own abortion decision from 20+ years ago. This audacious woman and I were meeting for the second time as the Spring Prayer Campaign was beginning.

Nearly halfway through our 40-day Prayer Campaign, as many of you were praying for Lifeline, we reflected on how many times we had wished for a co-sufferer for each of the post-abortive women with whom we had met. Someone who could share and sympathize with them in their experience: Wouldn’t that devastated but lionhearted college student have been comforted by a companion to share her experience? Wouldn’t that silently-suffering, middle-aged mother have been encouraged to find that she was not the only one? In both cases, each client was gracious and courageous to convey her own story to me, someone who could not personally relate to her own unique pain, but what might change if they had each other, together, a group? It was at this middle point in those forty days of prayer (in which hundreds of our supporters participate) that not one, but TWO women showed up for our weekly Post-Abortion Bible study.

For the first time in the history of Lifeline, we held a Post-Abortion Support Group. As each woman retold her experience and what had brought her to Lifeline, she spoke with calm conviction and unshrinking honesty. Courage and understanding claimed the day. As they sat in each other’s compassionate (literally, co-suffering) and patient presence I faded into the background, re-emerging only in the moments as our time was closing when one of the woman exhaled, “I’m so glad I’m not alone.”

Have you wondered if your prayers matter? Familiar with its 20 years of ministry, had you (like me) assumed you knew what God was doing at Lifeline — business as usual? Have you let shame steal your voice? Have you wondered if hope or healing could actually be real? Have you lost heart and wondered where on this whole earth God is doing anything good? You too? In the words of one woman, I’m so glad I’m not alone!

Friends, we are on a journey together — buckle up! Ever hopeful, we’re as surprised as anyone by what God is doing. Will you keep watching and waiting with us — together, and not alone? After all, no one has heard, no ear has perceived, no eye has seen any God besides you, who acts on behalf of those who wait for him. (Isaiah 64:4)